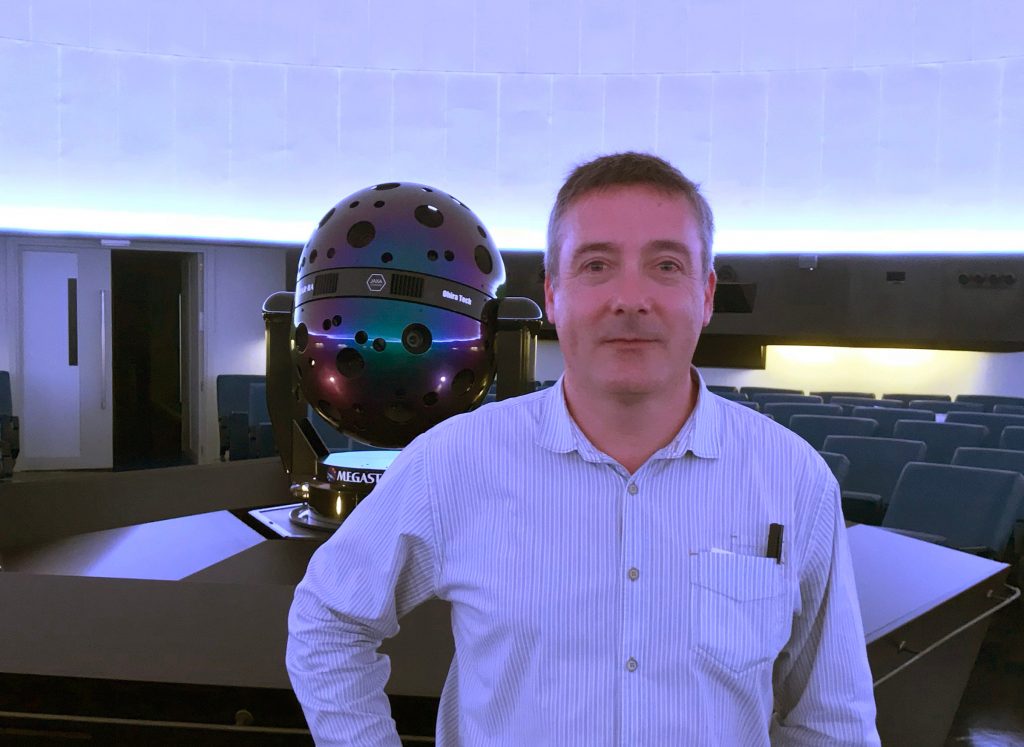 David Galadí Enríquez, resident astronomer at Calar Alto Observatory, is one of the winners of the 2019 edition of the yearly awards given by the International Dark-Sky Association.

These prizes recognize «the incredible achievements of individuals and groups who are committed to our mission to preserve and protect the night» and their roles in «strengthening the global movement and empowering others to join the fight against light pollution».

Specifically, David Galadí Enríquez receives the Hoag/Robinson Award, given to «an individual who has been outstanding in educating governmental organizations, businesses and the public about the merits of outdoor lighting control ordinances». This award contains a remarkable inter-disciplinary component, because it is centered on the transfer of knowledge from the academic world to the political and legal context, and implies the interaction with the companies that manufacture lighting facilities, as well as with the general public that, at the end, would have to assume and fulfill these regulations.

Galadí Enríquez has developed, for decades, an interdisciplinary task that has been acknowledged by the International Dark-Sky Association. He had an outstanding participation preparing, in 2005, the report used as a base to prepare the first general-purpose Spanish low on light pollution (the Catalan law), approved in 2007. After that, he has pursued many actions oriented towards establishing effective regulations, with a special emphasis on the need to measure to diagnose, first, and to evaluate the results, second, when any specific environmental policy on light pollution is implemented.

For instance, his map on the quality of the night sky in Andalusia (QskyMap) has been used as a tool to measure light pollution in Andalusia, and it is included as a key resource in the regulation projects for that Spanish region. Furthermore, he developed the so-called spectral index G, an innovative metrologic tool that allows to compute the amount of blue light per lumen emitted by luminaries, also with the purpose to use it as an objective, quantitative parameter in laws and regulations. Studies developed during recent decades show the convenience to limit the amount of blue light injected into the night-time environment, with the aim to protect human health, ecosystems and the night sky. This way, controlling blue light becomes one of the items to be taken into account when studying the environmental sustainability of outdoor lighting facilities, something not measured by the parameters currently in use. This measurement system quantifies the power of the blue light produced per each unit of useful visible light generated.

The jury has taken into account, also, his initiatives oriented towards the awareness of companies that manufacture lamps and luminaries, of the general public and of the non-professional astronomical community.