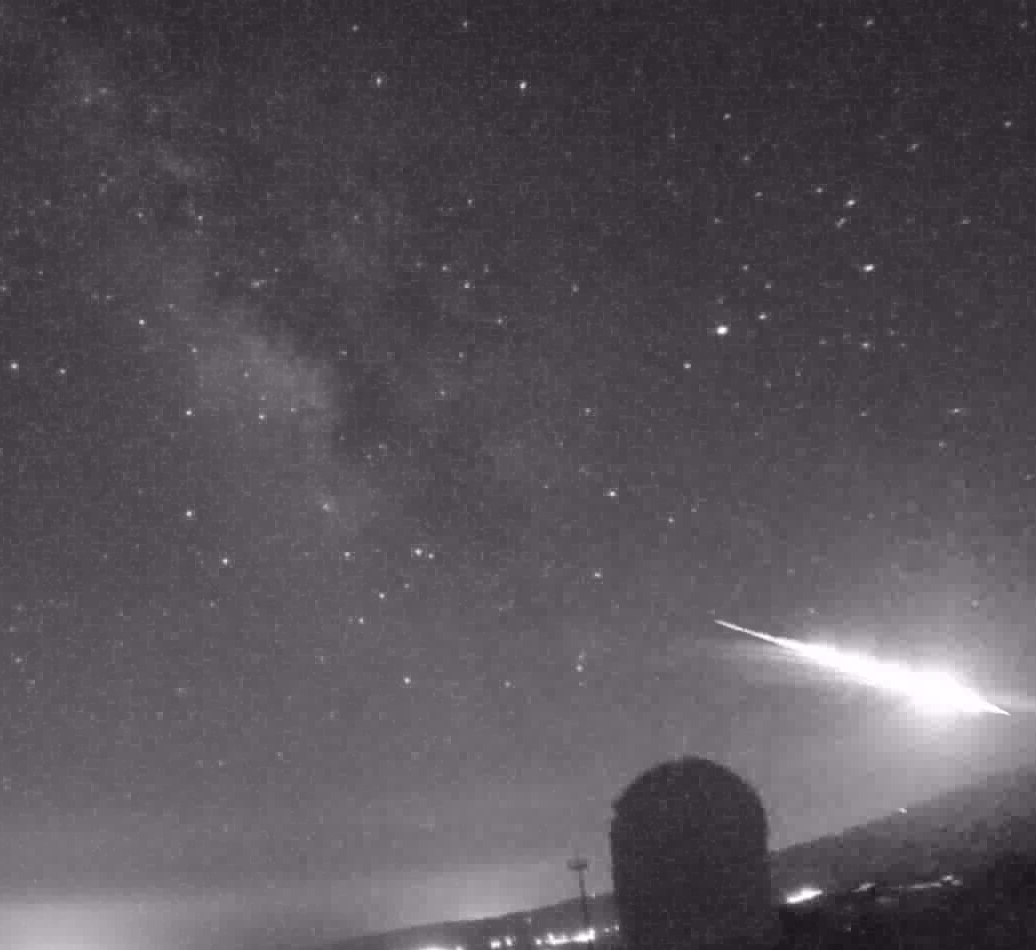 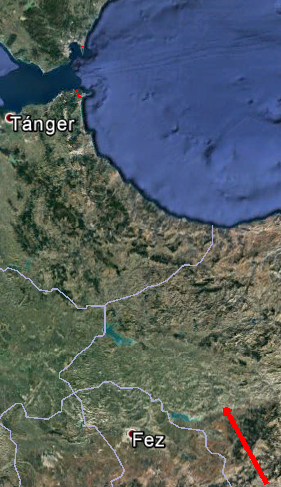 Although all initial data pointed that this fireball was a re-entry of space debris in our atmosphere, new data have revealed that the origin of this object was asteriodal.

Last night of August 6th 2021, at 21h12 UT, lot of people living in Southern Spain could see the bright light on the sky caused by this fireball above Morocco.

The event was registered with the SMART Project’s detector located at Calar Alto (Almería), Sierra Nevada (Granada) and Sevilla observatories.

Following the final analysis carried out by Professor José María Madiedo (Instituto de Astrofísica de Andalucía IAA-CSIC), and SMART project's PI, and although the initial data pointed to space garbage as the origin of this event, new gathered data revealed that the real origin was an asteroid. A rock detached from an asteroid entered in our atmosphere at an estimated speed of 90.000 km/h.

The right image shows the path this fireball followed above Morocco.

Below are the videos registered with the two Calar Alto Observatory (Almería) surveillance webcams.