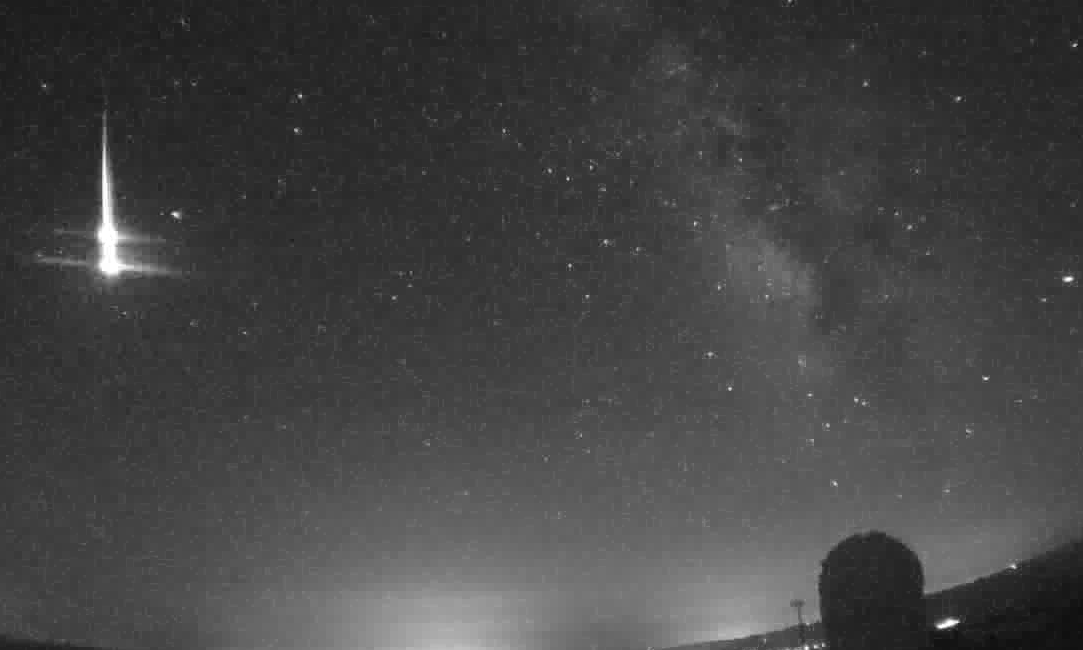 In this case, three of the Calar Alto Observatory  (Almería) external surveillance cameras could also record both object.

Following the preliminary analysis carried out by Professor José María Madiedo (Instituto de Astrofísica de Andalucía IAA-CSIC), and SMART project's PI, both were cometary events. First one was caused by a rock detached from a comet which impacted against our atmosphere at an estimated speed of 54.000 km/h. Speed of the second one was about 145.000 km/h.

The images on the top right show the paths these fireball followed above Extremadura and Mediterranean Sea. On the top left one, the image shows a stacked image of the double fulguration the second fireball had. On the right part of that image, you can clearly see the Milky Way just above the silhouette of the 3.5m telescope.