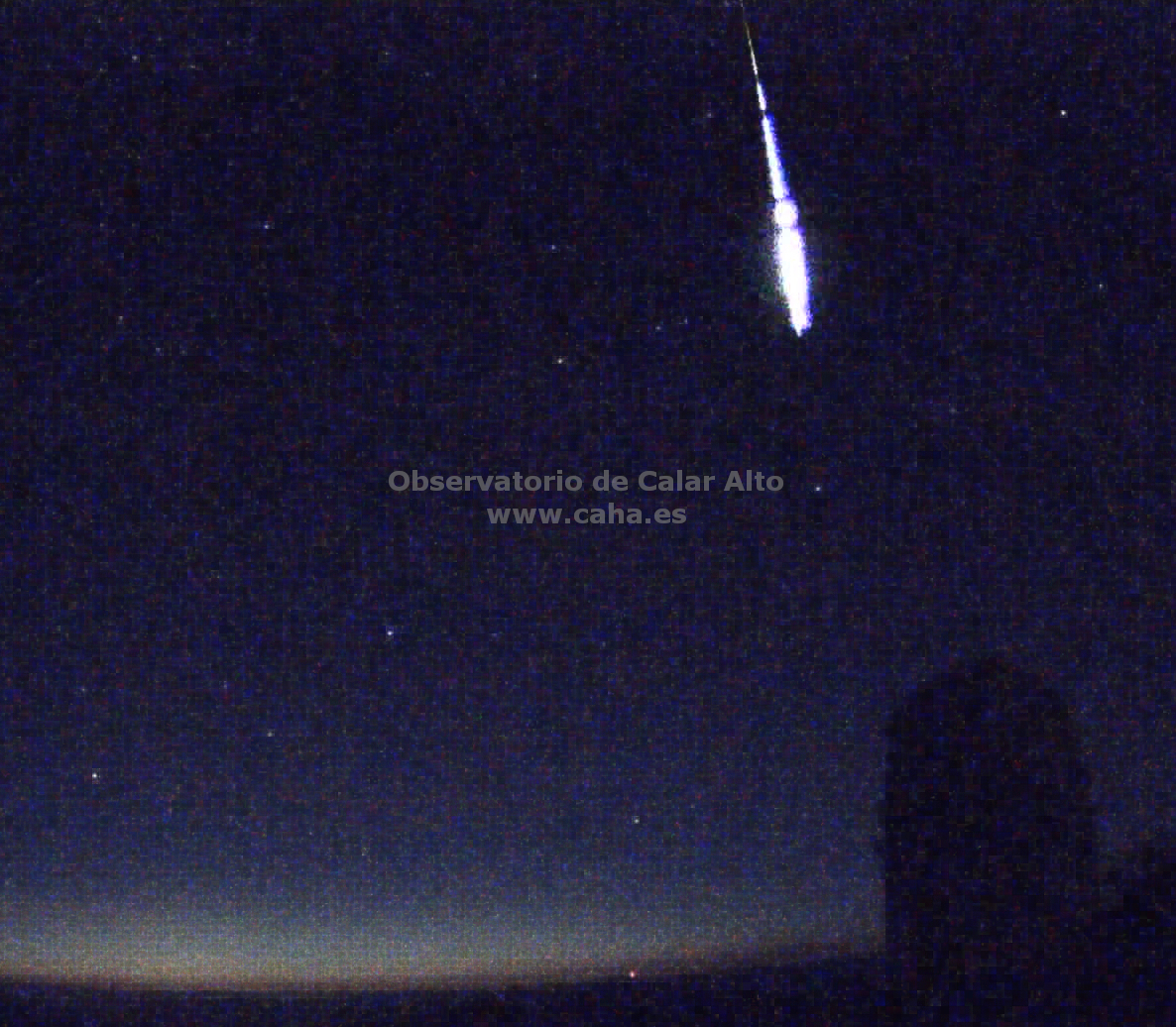 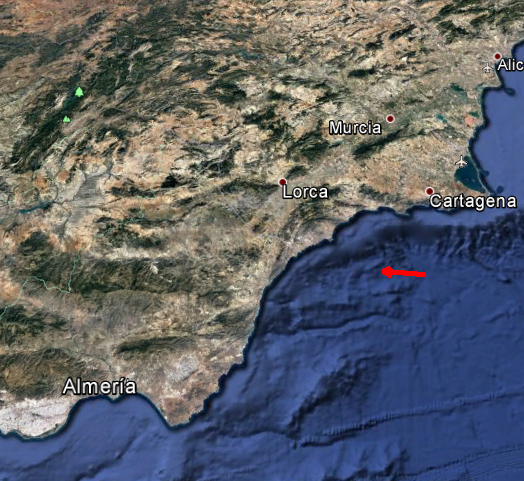 As states the preliminary analysis carried out by Professor José María Madiedo (Instituto de Astrofísica de Andalucía IAA-CSIC), and SMART project's PI, this event was caused by a rock detached from a comet which impacted against our atmosphere at an estimated speed of 165.000 km/h.

The image on the left shows the stacked fireball frames, the center one shows a single frame and the right map is the path this object followed above Mediterranean Sea.

Below are the videos recorded at Calar Alto Observatory. The first one is the one of the surveillance webcam, and the second one is the SMART Project detector's.