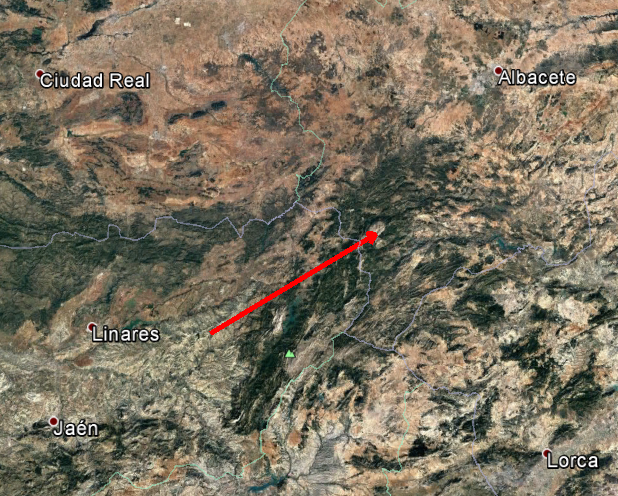 At 04:21 UT of March 28th 2021, a bright fireball could be seeing above the north part of Andalucía and the south of Castilla La Mancha.

The north surveillance camera operated at Calar Alto Observatory in Almería, could also record this phenomena.

Following the preliminary analysis carried out by Professor José María Madiedo (Instituto de Astrofísica de Andalucía IAA-CSIC), and SMART project's PI, this event had an asteroidal origin, and was caused by a rock which impacted against our atmosphere at an estimated speed of 96.000 km/h.

The luminous part of the phenomena started at an altitude of 82 km on the skies of Jaén (Andalucía). Then the object moved northeastward and finished once in Albacete province (Castilla La Mancha) at an altitude of 50 km above the ground

The above image shows the path this fireball followed above the ground.

Below is the video that could be registered with the north external surveillance camera operated at Calar Alto Observatory in Almería (South Spain).