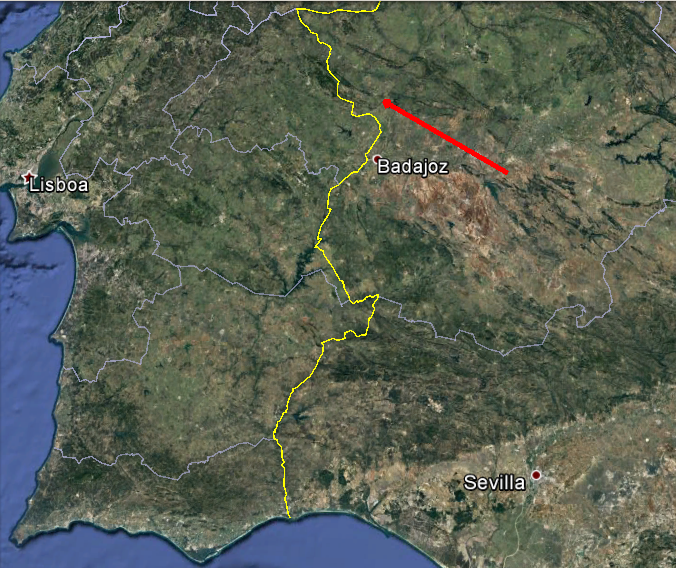 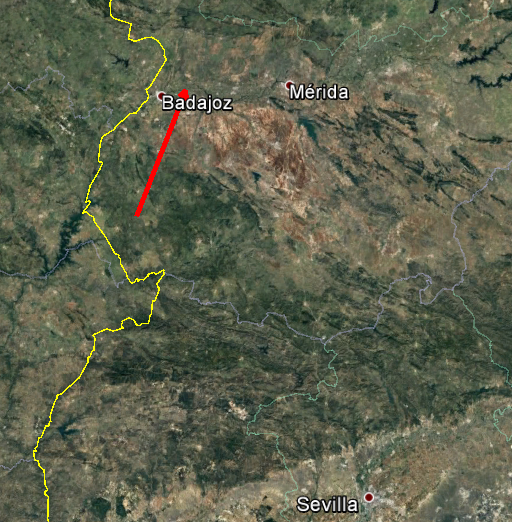 Both of them could be registered with the SMART Project’s detectors operated at Calar Alto (Almería), Sierra Nevada (Granada), La Sagra (Granada), La Hita (Toledo) and Seville observatories.

Following the analysis carried out by Professor José María Madiedo (Instituto de Astrofísica de Andalucía IAA-CSIC) the fireball on the February 16th night had a cometary origin, while the one at February 17th was a asteroidal event. The data of both events are:

The luminous part of this event started above the southwest part of Badajoz province (Extremadura), moving northeastward until it finished nearly the skies of Badajoz city.

In this case, the luminous part started at the east of Badajoz city, moved northwestward, and finishing at north of the same city.

The path those fireball followed above the ground are shown on the above images..

Below are the videos registered with the same west surveillance camera operated at Calar Alto Observatory.