Not only earthquakes happen in Granada, but also a bright fireball crossing its skies 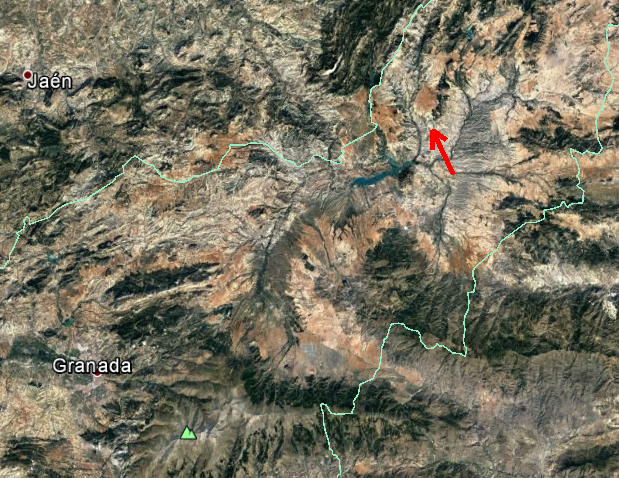 During these days, Granada (South Spain) is suffering a big series of earthquakes, which are causing the alarm of the inhabitants.

However, earthquakes aren't the only natural event happening on that province. A nicer event took place last night on Granada’s skies. At 00h19 UT of January 29th, a bright and fast fireball crossed the north part of this province.

This fireball could also be recorded with the north surveillance camera operated at Calar Alto Observatory in Almería.

Following the preliminary analysis carried out by Professor José María Madiedo (Instituto de Astrofísica de Andalucía IAA-CSIC), and SMART project's PI, this event was caused by a rock detached from an asteriod which impacted against our atmosphere at an estimated speed of 83.000 km/h.

The above image shows the path this fireball followed above the province of Granada.

Below is the video registered with the external surveillance camera operated at Calar Alto Observatory in Almería (South Spain).