Two nights before, a very similar fireball to the one on 13th above Mediterranan Sea 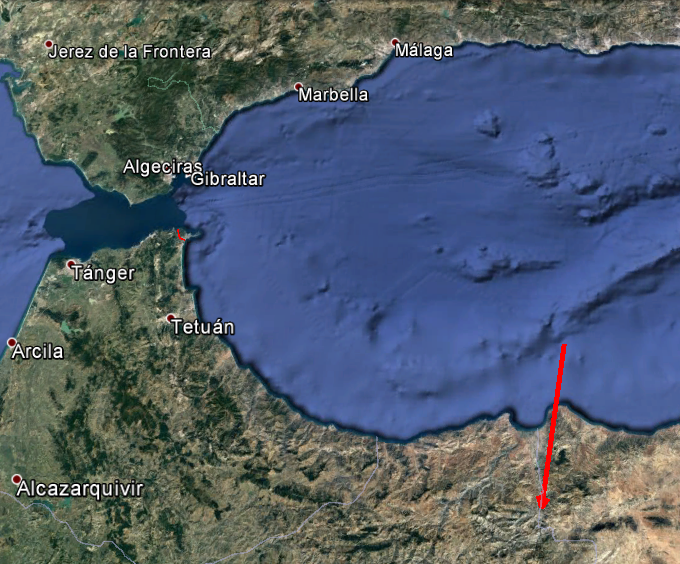 On January 15th 2021, at 01h24 UT, Calar Alto Observatory (Almería) registered its second fireball of the year. And curiously it was very similar to the first one, only two nights ago.

Calar Alto Observatory (Almería) recorded the object with one of its external surveillance webcams.

Following the preliminary analysis carried out by Professor José María Madiedo (Instituto de Astrofísica de Andalucía IAA-CSIC), and SMART project's PI, this event was caused by a rock detached from a comet which impacted against our atmosphere at an estimated speed of 105.000 km/h.

It is curious to observe how this fireball was similar to the 13th one, with a similar position over the sea, but with an opposite direction.

The above image shows the path followed by this fireball

Below is the video registered with the external surveillance camera operated at Calar Alto Observatory in Almería (South Spain).