Fireball on February 23rd 2020 in front of Almeria coast 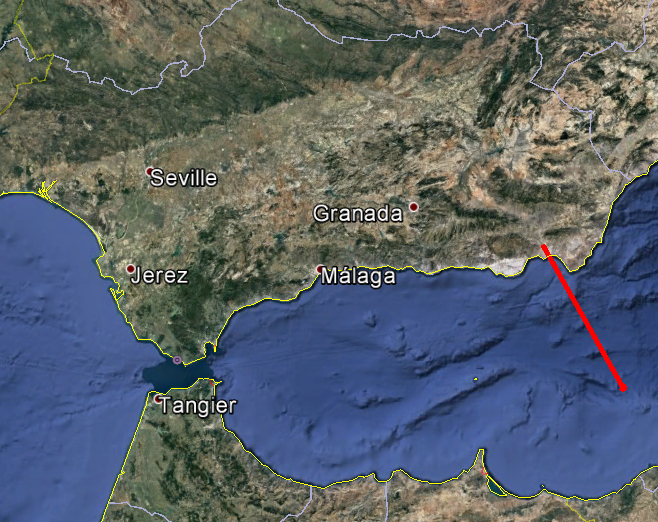 At 00:22 (Local time) of February 23rd 2020, a fireball could be observed in front of the coast of Almeria.
This event could be seen from more than 500km and was registerd from the SMART Project's detectors operated at Calar Alto (Almería), Sierra Nevada (Granada), La Hita (Toledo) and Sevilla observatories.

Following the preliminary analysis carried out by Professor José María Madiedo (Instituto de Astrofísica de Andalucía IAA-CSIC), PI of the SMART Project,
this fireball was caused by a rock impacting against the Earth atmosphere at a estimated speed of about 43.000 km/h and the initial altitude of the fireball
was about 70 km above Almeria (South Spain) province. The object moved then southeastward and finished at an altitude of about 29 km above Mediterranean Sea with the trajectory shown on the picture.

Below are the videos that could be registered with the web SMART detector and the southeast surveillance webcam, both operated at Calar Alto Observatory in Almería.