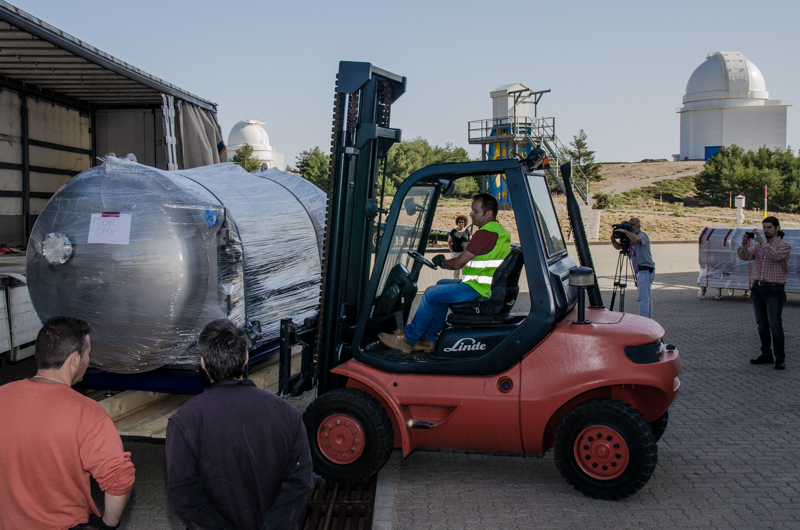 3.5m telescope access doors became yesterday small. One of the giant eyes with which CARMENES instrument will search for planets like ours, were successfully integrated after flying, held by a crane, to a height of over 30 meters, entering through the dome hole to reach its final location. 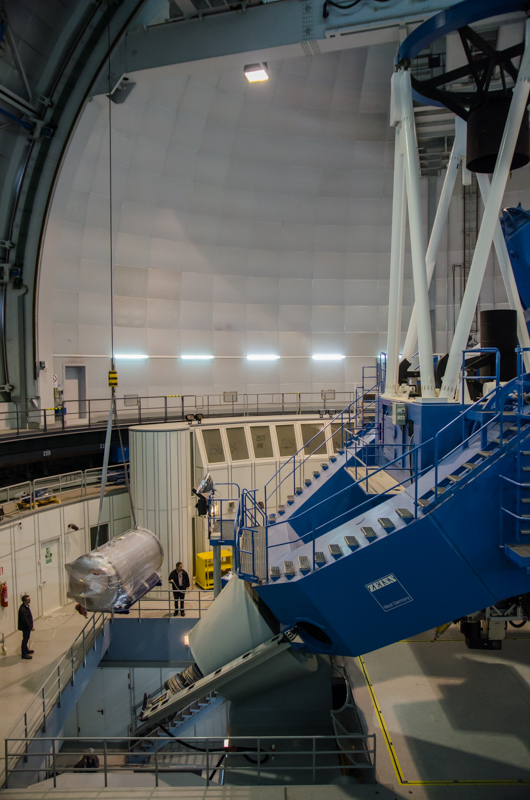 The two CARMENES eyes which will observe in the visible and infrared respectively are inside two vacuum tanks and surrounded by a radiation shield in order to maintain a stable temperature. These tanks dimensions, about three meters long and one and a half meter of diameter, forces to place them up after literally making them fly through the air.

“It was a delicate operation, but it was successfully accomplished. CARMENES is already able to see on the visible channel, the wavelength our eyes can see, and in September we will integrate the infrared channel, which put us very close to the first light”, Jesús Aceituno, Calar Alto Observatory Deputy Director, points.

The fact CARMENES has both visible and infrared channels is, precisely, one of its advantages over similar instruments. Searching for Earth-like planets is very complex and there have been false positives, by confusing stellar activity signals with the existence of planets. Observing simultaneously in CARMENES visible and infrared channels will allow discriminating between one signal and the other and confirming findings without further checks.

The planets, while rotating around their stars, produce slight oscillatory movements on the stars that, if measured with the adequate accuracy, reveal the presence of those planets (although we cannot see them directly). That’s the way CARMENES will search for planets similar to Earth. 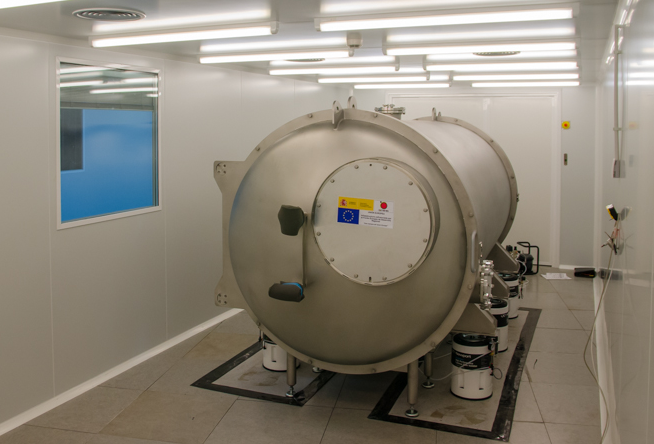 Observatory, but further it is a unique instrument in the world, in both precision and stability, indispensable qualities for measuring the small speed variations a planet produces in the stars. In fact, CARMENES represents an exciting technological challenge, as it will detect speed variations on stars which are hundred of billions kilometers away, with an accuracy of one meter per second.

To achieve such accuracy, not only a care optical design is needed, but also maintaining conditions of maximum stability in the operating environment of the instrument, which will work in high vacuum conditions and with electronically controlled temperatures up to hundredth of degree. So this instrument is a major challenge for the building consortium, where the Andalusia technology participation highlights.

CARMENES, which will work at Calar Alto Observatory (Almería) 3.5m telescope, is being developed by a cosortium of eleven Spanish and German institutions.

More about this project: http://carmenes.caha.es